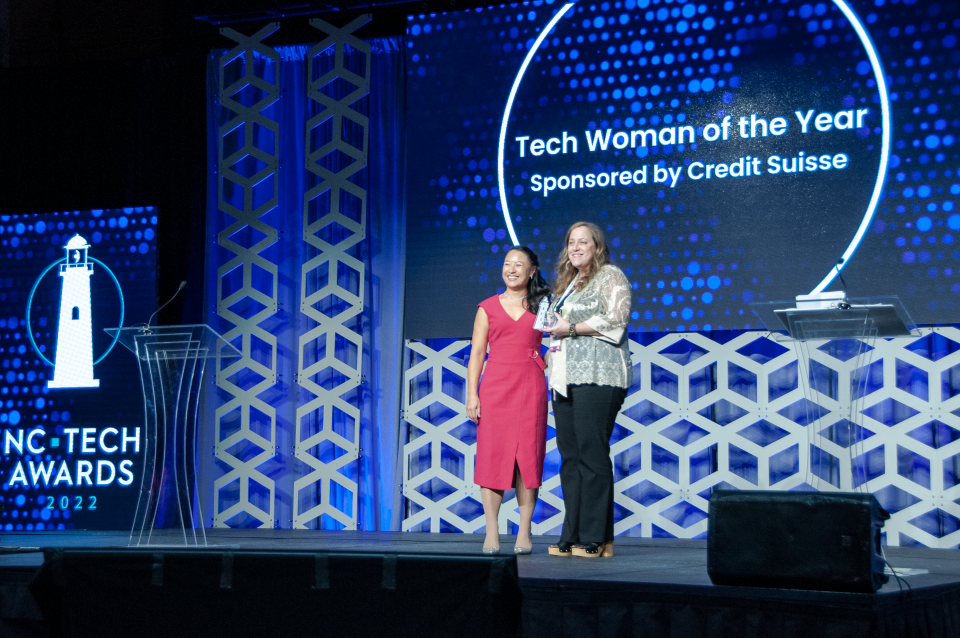 “We are thrilled that the N.C. Tech Association recognized Angie as the 2022 Tech Woman of the Year for her dedication to expanding broadband infrastructure access to all North Carolinians,” said NCDIT Secretary and State Chief Information Officer Jim Weaver. “She is a phenomenal asset to NCDIT and is instrumental to our efforts to connect the 1.1 million residents on the wrong side of the digital divide.”

Bailey has made closing the digital divide in North Carolina, one of Governor Roy Cooper’s top priorities, the office’s top initiative. Her wealth of knowledge and leadership skills are helping the office expand affordable, high-speed internet access, so all North Carolina homes and businesses can participate in the modern digital economy.

“The current investments in broadband infrastructure are an unprecedented opportunity for moving our state forward and ensuring that truly no communities are left behind,” said Bailey. “We have built an amazing, dedicated team at NCDIT to implement these programs. I am grateful for the recognition for all of us, and the opportunity to guide this critical work.”

The N.C. Tech Association recognized Bailey for her work overseeing nearly $1 billion in funds for broadband infrastructure programs appropriated by the N.C. General Assembly from the American Rescue Plan, as well as additional future funding from the Bipartisan Infrastructure Law to expand high-speed internet access. With more than 20 years of experience in broadband planning and development in North Carolina, she has extensive expertise in broadband policy issues, rural and community development, coordination of statewide programs, and fostering partnerships with broadband providers. Bailey has led the Broadband Infrastructure Office within the NCDIT Division of Broadband and Digital Equity since August 2021, first as interim director and then as director beginning in December 2021.

NCDIT had finalists in four other categories of the N.C. Tech Awards:

This press release is related to: